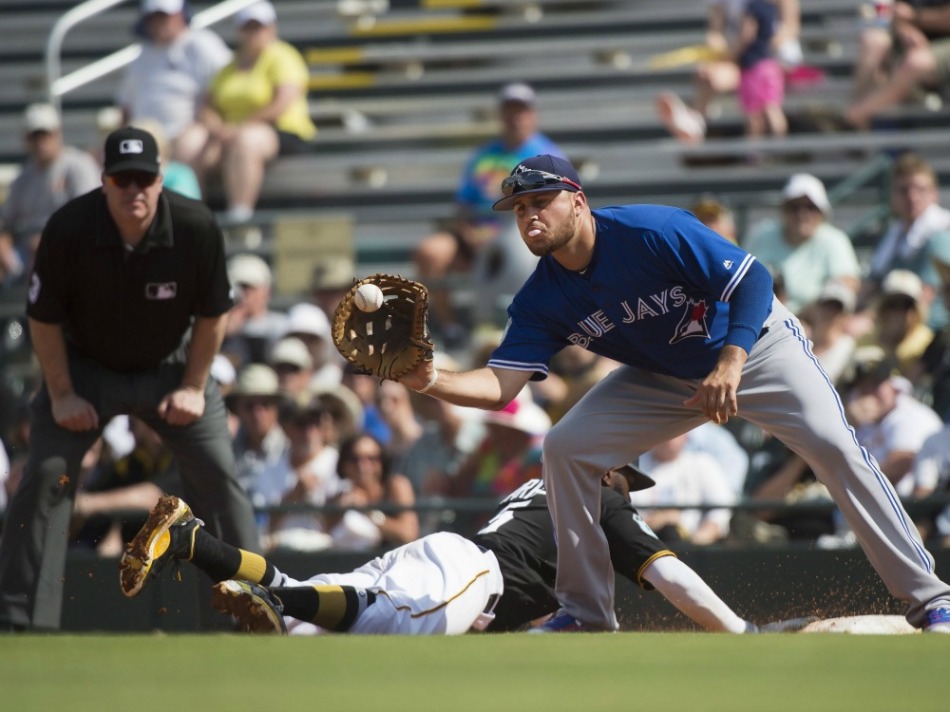 On November 20th at 8:00 pm EST, the Toronto Blue Jays, along with every other team in Major League Baseball, set their official 40-man rosters ahead of the Rule 5 Draft Deadline.

The Blue Jays added five prospects onto their roster, four of which would have been previously eligible for other teams to claim, during the MLB Rule 5 Draft, had they not have been added to the 40-man roster. Teams have the option of drafting one player (in total) from any organization that is not currently on a 40-man roster, for $100,000. This player must stay on the 25-man roster of the team that they were just acquired by, or else the team in which they were acquired from has the opportunity to gain back possession of them for $50,000. (For more on the Rule 5 Draft concept and rules, please click here.)

Right-hander Conner Greene, catcher Reese McGuire, left-hander Thomas Pannone, catcher Danny Jansen, and first baseman Rowdy Tellez were added to the 40-man roster. Tellez, McGuire, Jansen, and Greene, would have been eligible for teams to claim during the Rule 5 Draft.

RHP Connor Greene and LHP Thomas Pannone have been high profile minor league pitchers within the Blue Jays organization since they were drafted. In AA, Greene posted a high ERA of 5.29 in 26 games (he started all but one). Pannone posted an ERA of 2.36 in 25 games, appearing in two double-A and one High-A team.

Catchers Danny Jansen and Reese McGuire are two of most well-known prospects in the Blue Jays minor league system. Both are shaping up to be potentially great major league catchers for the Blue Jays. In 104 games in High-A, Double-A, and AAA, Danny Jansen sustained a great slash line of .323/.400/.484, along with hitting 10 homers and 48 RBIs. In September, the Blue Jays were thinking of calling up Jansen but instead decided to let him develop in the minor leagues. In 2018, we could potentially see Jansen on the major league roster, if the Blue Jays are having backup catcher issues (which they had this past season). In 45 games between High-A and AA, Reese McGuire hit a slash line of .295/.376/.483, with six homers and 28 RBIs. McGuire still has some developing to do in the minor leagues, but he could turn out to be a great catcher for the Blue Jays in the future.

Rowdy Tellez has been one of my favourite prospects for quite some time now. When I had lost faith in Justin Smoak, I would always remember the great talent in Tellez, and would recognize that things wouldn’t be “this bad for this long”. However in the 2017 season, Justin Smoak had an incredible year, and Rowdy Tellez did not play up to his standards. Tellez was promoted to AAA in April, and his stats seemed to slowly decrease since the promotion. Hopefully in the off-season, Tellez can return back to his normal powerful self. Plus, working out with Marcus Stroman definitely doesn’t hurt!

In addition, the Toronto Blue Jays also traded for Gift Ngoepe, an INF in the Pittsburgh Pirates organization, in exchange for a PTBNL or cash considerations. Gift appeared in 28 major league games this past season and hit .222. The acquisition of Gift Ngoepe could potentially change Darwin Barney’s future within the Jays organization (whether or not they re-sign him this offseason). However, the Jays will most likely be using him as a minor-league depth in AAA, and have the option of calling him up later in the 2018 season, if a significant injury were to occur to one of the starting infielders.

The 40-man roster is now at 39, leaving a spot open for the Blue Jays to add one player before the Rule 5 Draft, which takes place on December 14th. MLB Winter Meetings are December 10th-14th, and take place at the Walt Disney World Swan and Dolphin Resort in Orlando, Florida.