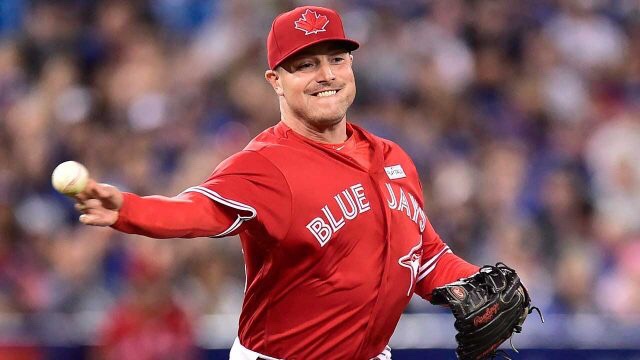 The Blue Jays did exactly what they needed to do at the 2017 trade deadline.

The Jays traded LHP Fransisco Liriano to the Houston Astros for OF Noki Aoki and their #9 prospect Teoscar Hernandez. Noki Aoki has hit .285 with a .736 OPS over his career. He’s hitting .272 with 2 homers and 19 RBIs so far this season. Aoki adds a left-handed bat into a right-handed heavy lineup, with a career OBP of .350. However, he will be 36 next year in his final year of arbitration eligibility. Teoscar Hernandez is currently playing in AAA, but the Jays believe that he can be an everyday player. The 24-year-old is hitting .279 with 12 homers, 44 RBIs, and has an OPS of .854. In his MLB debut, he faced Liriano and the Blue Jays in the Rogers Centre. His first MLB hit was a home run that came off of Liriano… what a coincidence! GM Ross Atkins says he’d expect Hernandez to join the MLB team in September when rosters expand and possibly before if needed.

The Jays also traded RHP Joe Smith to Cleveland for LHP Thomas Pannone and INF Samar Taylor. However, it was a bittersweet ending for Smith as a Blue Jay. Smith’s mother was recently diagnosed with Huntington’s disease, and Progressive Field is within driving distances to where his mother currently lives. He held a fundraiser just last week in Cleveland to raise money for the disease. In an interview with Sportsnet’s Hazel Mae, Smith shared that he “loved my time in Toronto”, but is looking forward to rejoining Cleveland to play for a contender. “That’s why we play.” was his response when asked about the situation. Thomas Pannone is a LHP with a 2.62 ERA and a 1.069 WHIP at AA. Pannone was a 2017 Easter League All-Star. When asked about the acquisition, Atkins said “… could be a major-league starting pitcher [eventually].” Samad Taylor is a 19 year old, 2016 10th round pick. He is currently playing second base in short-season A. He has a slash line of .297/.344/.432 with an OPS of .776 between Rookie and Low-A ball.

To many people’s surprise, Marco Estrada, J. A. Happ, and José Bautista were not traded. However, they were rumours about all three of them going to different teams.

Around MLB, Oakland traded Sonny Gray to the Yankees and Texas traded Yu Darvish to the Dodgers. Both teams got a variety of top prospects in exchange for the starting pitchers.

Overall, the Jays had a successful trade deadline. They got young prospects and a stable OF for two of their free agent pitchers. Did you like the way the Blue Jays approached this trade deadline, or were their moves that they didn’t make that you would have? Tweet your thoughts to @aalyssacohen!