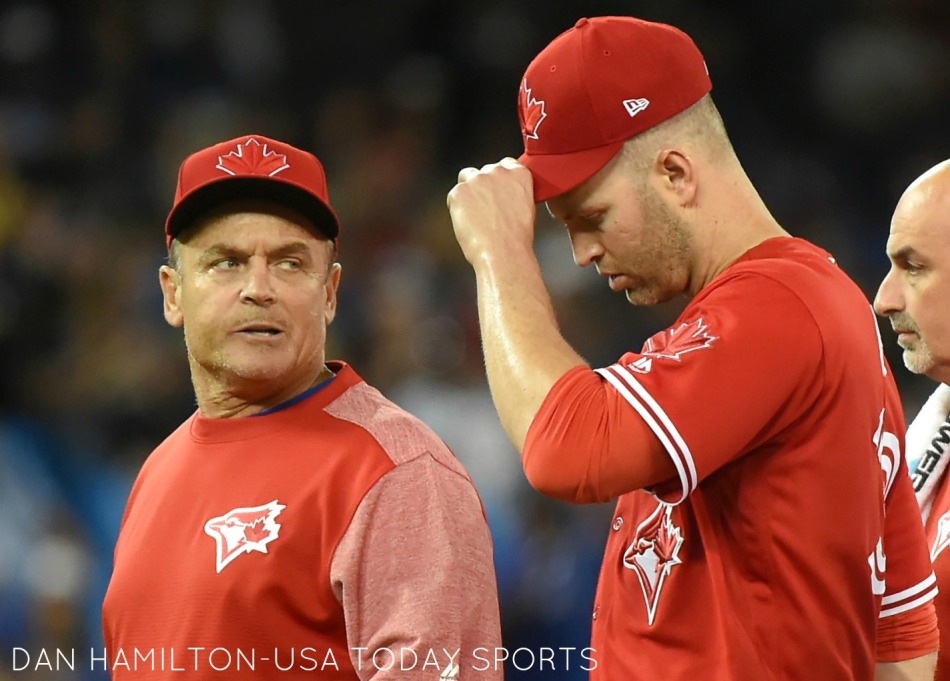 In the bottom of the fifth inning on April 16, 2017, SP J.A. Happ exited the game suddenly after throwing a pitch and jumping off of the mound. J.A. Happ was having a great outing, allowing just four hits and no runs with three strikeouts over 4.1 innings pitched.

According to sources, J.A. Happ left the game due to left elbow soreness, but not has been officially confirmed. J.A. Happ says the pain came in his elbow “out of nowhere,” after the last pitch of the fourth inning (two-seam fastball). He didn’t hear a pop. J.A. Happ will be getting an MRI tomorrow, and once information has been released this post will be updated.

The Toronto Blue Jays have now (potentially) lost two starters in under 24 hours. So, what now?

In the post game press conference, Blue Jays manager John Gibbons told media that it would be unlikely that we will see Biagini would have a stretched out into a starting roll, and more likely to bring up a AAA starter for depth. The Blue Jays have Mat Latos to lean on, which would be a the likeliest option. He has starting pitching experience, although he was not great for the Blue Jays in spring training. The Blue Jays did get Latos for “worst case scenarios”, and it seems like those are happening right now.

To view all injury updates in one spot, click here.