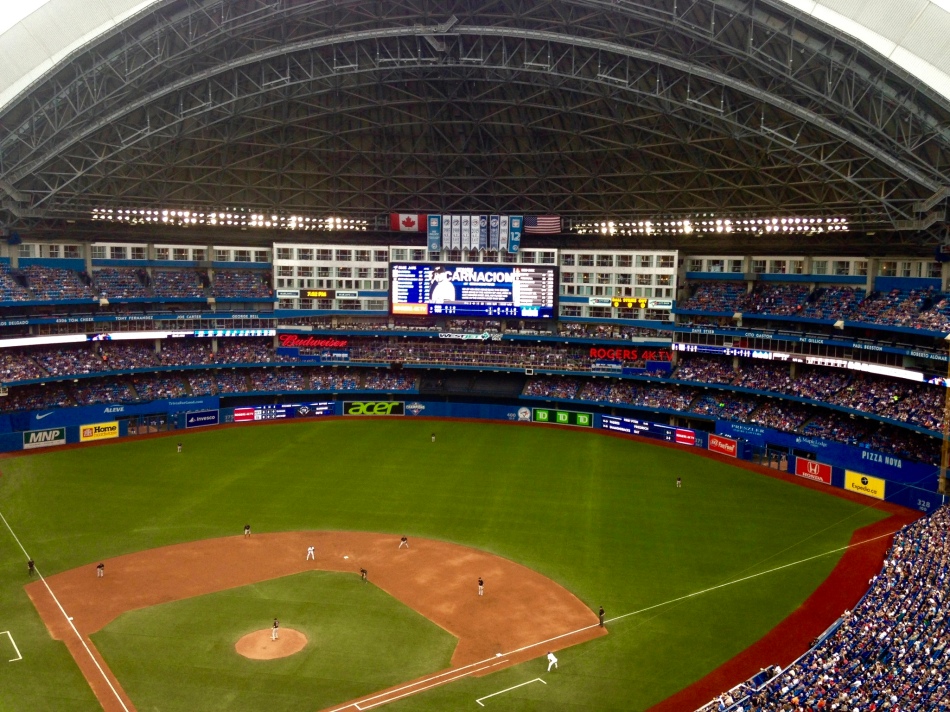 I can’t explain my love of baseball. I just, can’t. All I can tell you is that when I attended my first baseball game of the 2015 season on May 8, something just clicked. Maybe it was the atmosphere of people coming together for a team, or maybe it was the players who come from all around the world to play a simply hard game of baseball. Or maybe, just maybe, I fell in love with 4 bases, and 9 men surrounding them (10 if you count the batter, and 14 if you count the umpires).

They say you don’t know how much you love something until it’s gone, and I can confirm that this is true. I don’t remember feeling this way during the 2016 offseason, maybe it was because it was my first year tweeting in the community, or maybe it was because Bautista and Encarnacion were going to be on the next seasons team guaranteed. (Un)luckily for me, I wasn’t aware of how the next offseason (this past one) would feel.

As the final out happened during game 5 of the ALCS against the Cleveland Indians, I shed crocodile tears. After that, I had what seemed to be a sugar rush and I claimed to my parents that the offseason was my favourite time of year… how naive I was. Of course, every night that week I cried, or at least teared up. The game I had been watching for the majority of the year was over… now what was I going to do?

This offseason has been (to put it easily) very harsh on all Toronto Blue Jays fans. With the one that got away (Dexter Fowler) and the boy who now lives next door (Edwin Encarnacion), I was really unsettled with how the offseason had been playing out. Once the Jays signed Jose Bautista, I was much more at ease, no matter what happened next.

I remember sitting down one evening and not knowing what to do with myself. I managed to look at the clock right when it turned to 7:07pm. You know what that means, baseball time. 7:07pm was the time when I would come around the TV screen and cheer for my passion, a long with about 400 of you (now 1000+… how did that happen?). That was when I noticed I was going through some baseball withdrawal. I walked upstairs and wrote on my chalkboard “144 days until MLB opening day” and I can’t believe the chalkboard only says 1 (technically just a few hours). A few hours until our team is back, another shot to make history.

The beauty related to baseball is that we can’t predict who is going to win the World Series. As José Bautista put it “If I could tell the future, I’d be in Vegas right now.” But sadly for José, Vegas is not always right. Many things will happen this season that we cannot see now, there will be big moves, big injuries and some sort of interesting event. But that is the beauty of the game that brings us together.

Last year at this time, we were ready for Our Moment. We were ready for our team to be the ultimate competitor, and while things didn’t turn out the way we wanted them to, we have to remember that everything happens for a reason. 2016 wasn’t our moment, but maybe 2017 will be.

So now all we can do is watch and cheer. Cheer for the team we love the most, and watch them make history.

The third time is always the charm.