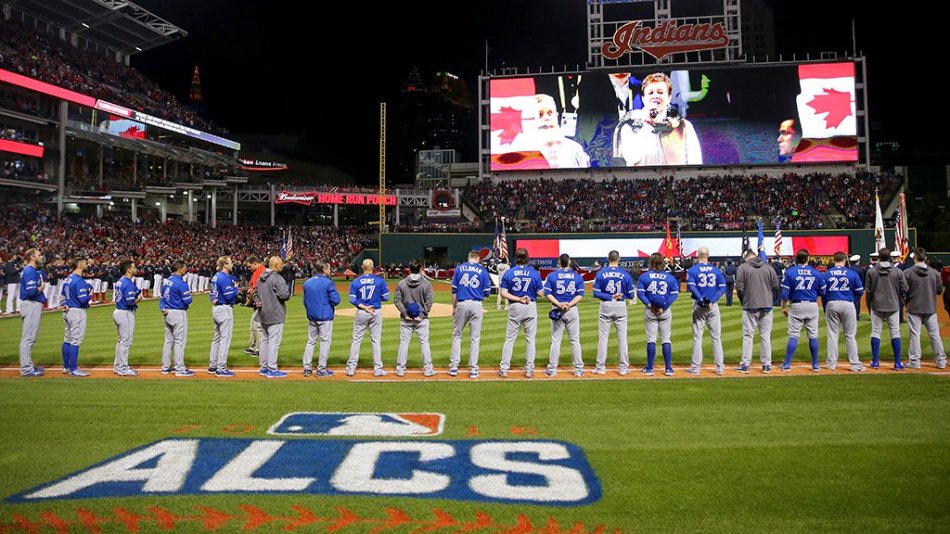 We are the kings of clutch-ness, but last night Cleveland stole that title from us. But just for the day.

On October 14, 2016, the Toronto Blue Jays were set to play the Cleveland Indians in the first game of the American League Championship Series. Grinding off of 5-days rest, things were a bit concerning. Scheduled starting pitcher Marco Estrada does extremely well on 4-5 days rest, but not more then 5.

In the top of the first inning, Carrera struck out, followed by a single from Donaldson and a double from Edwin Encarnacion. With runners on 2nd and 3rd base with one out, Bautista strikes out on a full count, and Russel Martin grounds out to leave two on base in the first inning.

Estrada had an 8 pitch first inning, rather then a 25 pitch first inning from Indians starter and ace Corey Kluber. Leadoff batter, Carlos Santana hit a bunt while our infielders were on a shift, and just like that there is a runner on deck for Jason Kipnis. Luckily for us, he grounds into a double play, and Lindor grounds out to end the inning.

Sadly and truthfully, not much else happened until the bottom of the 6th inning.

After walking Kipnis, Fransisco Lindor hits a 2 run homer to start the inning.

Our offence just didn’t have it’s stuff in game 1. Not advancing the runners to score in the first inning cost them the game. Gibbons said that if we didn’t get to Kluber early, we would have a tough game and that was true. But it wasn’t like they weren’t hitting him, they didn’t cash in any of the runners. Also, many think this loss had to be credited to Laz Diaz, the home plate umpire. Multiple strike outs were not getting proper calls, resulting in a lot less action. Just take a look at this tweet from Barry Davis.

Bautista somehow strikes out without swinging the bat or seeing a strike. #BlueJays

Worst of all, Estrada ended up pitching the complete game with zero run support. That was the first complete game the Blue Jays had a starter pitch all season. Quite a shame.

In game one of last years ALCS, we can look back and see a lot of similarities. Estrada was the losing pitcher and the final score was only 5-0.

On Saturday, the Blue Jays look to bounce back from the loss. Starting pitcher JA Happ will be on the mound facing off against Josh Tomlin.

Stay on the train fans, this series in far from over!