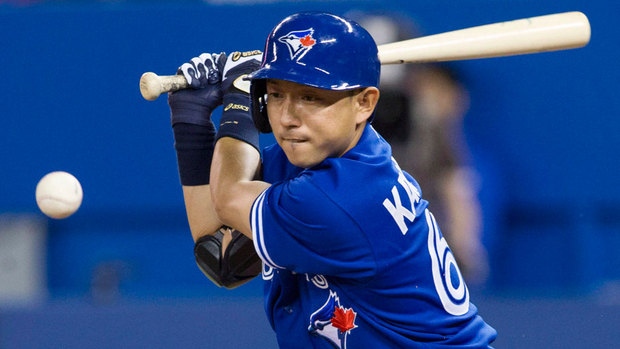 This weeks BlueJays weekly roundup post is going to be rather short for 2 reasons. One, I made a few blog posts this week about some events in the BlueJays and baseball world. Two, not much happened this week!

Something most of you probably heard about was the Kawasaki White Sox deal. Munenori Kawasaki signed a minor league with the Chicago Cubs! Here’s an interesting point: On December 11th, the Blue Jays signed Darwin Barney to a one-year $1.050 million MLB contract. Then the Jays claimed pitcher Joe Biagini in the Rule V Draft and he was given number 66. Um, that’s Kawasaki’s number!

I made 2 posts this week about Aaron Sanchez becoming a starter and DH’s in the NL! Go read them now if you haven’t already!

This week also concluded the 2016 Winter Tour. Upper Canada Mall would have been a great place for myself to have met them, although I wasn’t available.

Don’t forget to answer this months trivia questions in the comments below or tweet me the answer on twitter (@aalyssacohen)!

Catch you in the Rogers Centre!